Atom Stresser is the best DDO IP Booter and the best Web Stresser of 2020. It has the DDoS methods of level 3, level 4, and also layer 7. It is the most reliable booter which is run by the experienced DDos area. They are well versed in providing the DDoS even for the hiring service along with the attack power, which is still a lack in other stresser.

They provide customized booter, which is designed by skilled and experienced professionals. They are well versed in booting skills, unlike other competitors who are lacking in the profession of providing the best booting facility.

It has the largest networking capacity. It provides the facility of anonymous payment and secured payment. It has the most potent bypasses script. It does not have identifiable logs. It has various methods of stress according to the needs of the customer. It gives the system an onsite ticket. Packages of Atom Stresser: The first Bronze level of the package has the facility of 1 concurrent attack. It has a minimum range of 10 to 20 Gbps power of an attack. It features for 1800 seconds, and it is available in the rice of $ 10 per month. The second level Silver package has the facility of 2 concurrent attacks. It gives customers a minimum of 20 to 40 Gbps attacks per day. It goes for 3600 seconds, and the price of the package is $ 20 per month.

Thus along with these packages, there are packages like 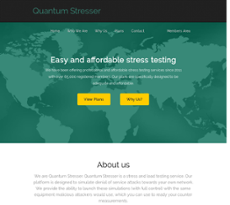 These packages differ accordingly with the changes in the first two levels. We can calculate the changes by noticing the first two packages and their features. Thus, the customers can make the selection of the boxes according to their needs of the Gbps range, seconds, attacking element. It is a trusted stresser, and it is highly recommendable to use this to ensure the safety of the logs.