Gambling is amazing; it is fun and also helps us to earn a bit of money. All the fun and thrill of playing is only due to one thing and that is randomness. If the randomness is not there then the results are biased. The best playing experience that one can have is only if there is randomness in the game. Offline casinos are the ones where the game is played in front of us, so we know that each result is random but what about the online casino? When we know that the results are coming from somewhere which is behind the screen.

In online or digital gambling games, the concept of RNG is used which is known as Random Number Generator. As the name suggests, RNG is a software which helps in generating a random number on which the results are based on.

How do computers Generate these numbers?

A true random number can only be achieved from natural phenomena. There is no such slot machine or video card game machine like a video poker that utilizes such random numbers.

A true random number can be calculated from natural activities like the decay rate of a heavy, radioactive element. There are some experimental random number devices that can calculate the number of particles or people entering a field of observation. But such methods cannot be used in a casino, at least for now. That’s why truly random numbers cannot be generated in gambling clubs. Casinos only work on the bases of almost random numbers that are created by computer chips.

Random number generators get their numbers in two ways. There used to be a special numbers table which was encoded in the older chips. This was an important practice as generating random numbers was a bit intensive for the computing power back then. In the late 1980s and early 1990s, the trend of random number tables started to decrease as the processing of computers became cheap and more powerful. In fact, you would be surprised to know that the CPU of your Smartphone is more powerful as compared to the computers that were used to send manned missions to the moon in the 1960s. 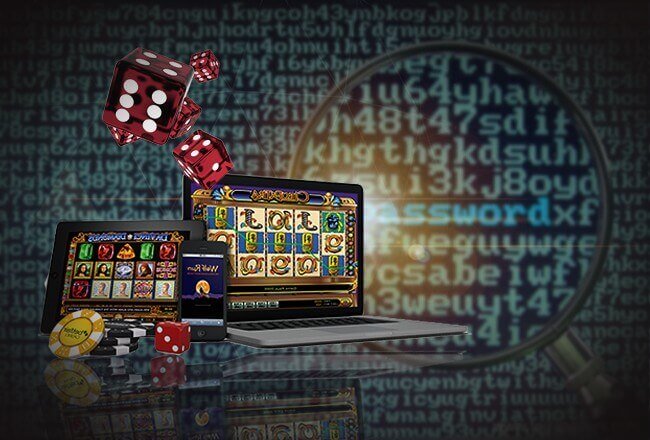 This whole process of making a digital table was a bit expensive as in order to be useful the table was supposed to be very large.

Computer scientists realized that something advanced should be introduced to the casino and that’s how the seed method was invented. This seed method used seed numbers to move the pointer. A common seed number used the computer’s internal clock as its base. The largest problem that came in this method was that users could also be promoted to enter a number generally within 1 to 65536 (that is 2 raised to the 16th power).

Engineers started to code random generation algorithms into onboard software because computer chips became more powerful and less expensive due to better knowledge. It was the 1970s when the first random number generator chips came out. They were found in many scientific as well as business computer systems. To go with the simple algorithms, computer engineers selected modulo arithmetic which utilizes integers and division operations that produces remainders. The remainder in a division operation within two integers is known as modules.

Linear Congruential Generator is known to be the oldest algorithm. It comes under the category of algorithms which are known as PRNGs, or Pseudo-Random Number Generators.

The results that came out of PRNGs were not exactly random but they were random enough for most of the uses. The engineers used prime numbers called Mersenne Primes as the algorithm demanded it.

To generate the pseudo-random number, seed number is required. The conventional way of checking the clock of the computer or asking users for the input was very simple to use but not practical enough in many applications. Engineers figured out the way through which random seed numbers can be extracted from the onboard oscillations just the way the cooling fans built into all the advanced computers. Other things that can become the source of oscillations includes the movements of the mouse and taps on the keyboards. Anything that can be detected by the computer can be used to generate the number. The prediction of these numbers became difficult as the algorithm got more complex which was very important because as the technology was getting advanced, more and more people were able to predict the numbers. But all thanks to the engineers who made sure that the results are always random.

All the websites of casino or video casino games generate random outcomes through this concept.

Online casinos are getting famous as they are letting us enjoy gambling games from anywhere. Some amazing websites like http://betme88idn.com/ have enhanced our playing experience. We don’t have to dress up anymore to get to the casino as all we need to do is visit http://tri7bet.id/ and start playing casino games. Since more and more people are joining these platforms, there was a doubt of so many people about the randomness of the results when it comes to the online casino. That’s why it was important for us to let people know how these websites generate the results.