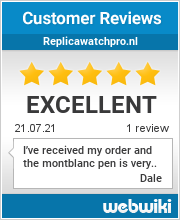 Watches were created in the seventeenth century from spring-fueled clocks, which showed up as ahead of schedule as the fourteenth century. During the majority of its set of experiences, the watch was a mechanical gadget, driven by accuracy, controlled by winding an origin and keeping time with a swaying balance wheel. These are called mechanical watches. In the 1960s the electronic quartz watch was developed, which was fueled by a battery and kept time with a vibrating quartz gem. By the 1980s the quartz watch had taken over a large portion of the market from the mechanical watch. Truly, this is known as the quartz upset otherwise called quartz emergency in Swiss. Developments during the 2010s incorporate smartwatches, which are intricate PC-like electronic gadgets intended to be worn on a wrist.

Watches developed from compact spring-driven tickers, which initially showed up in fifteenth-century Europe. Watches were not broadly worn in pockets until the seventeenth century. One record recommends that watch came from the Old English word voice – which signified gatekeeper – in light of the fact that town guardians utilized the innovation to monitor their days of work at work. Another says that the term came from seventeenth-century mariners, who utilized the new systems to time the length of their shipboard watches’ obligation shifts.

An incredible jump forward in precision happened in 1657 with the expansion of the equilibrium spring to the equilibrium wheel, a development questioned both at that point and from that point forward between Robert Hooke and Christiaan Huygens. This advancement expanded watches’ exactness massively, decreasing mistakes from maybe a few hours out of each day to maybe 10 minutes out of every day, bringing about the expansion of the moment hand to the face from around 1680 in Britain and around 1700 in France.